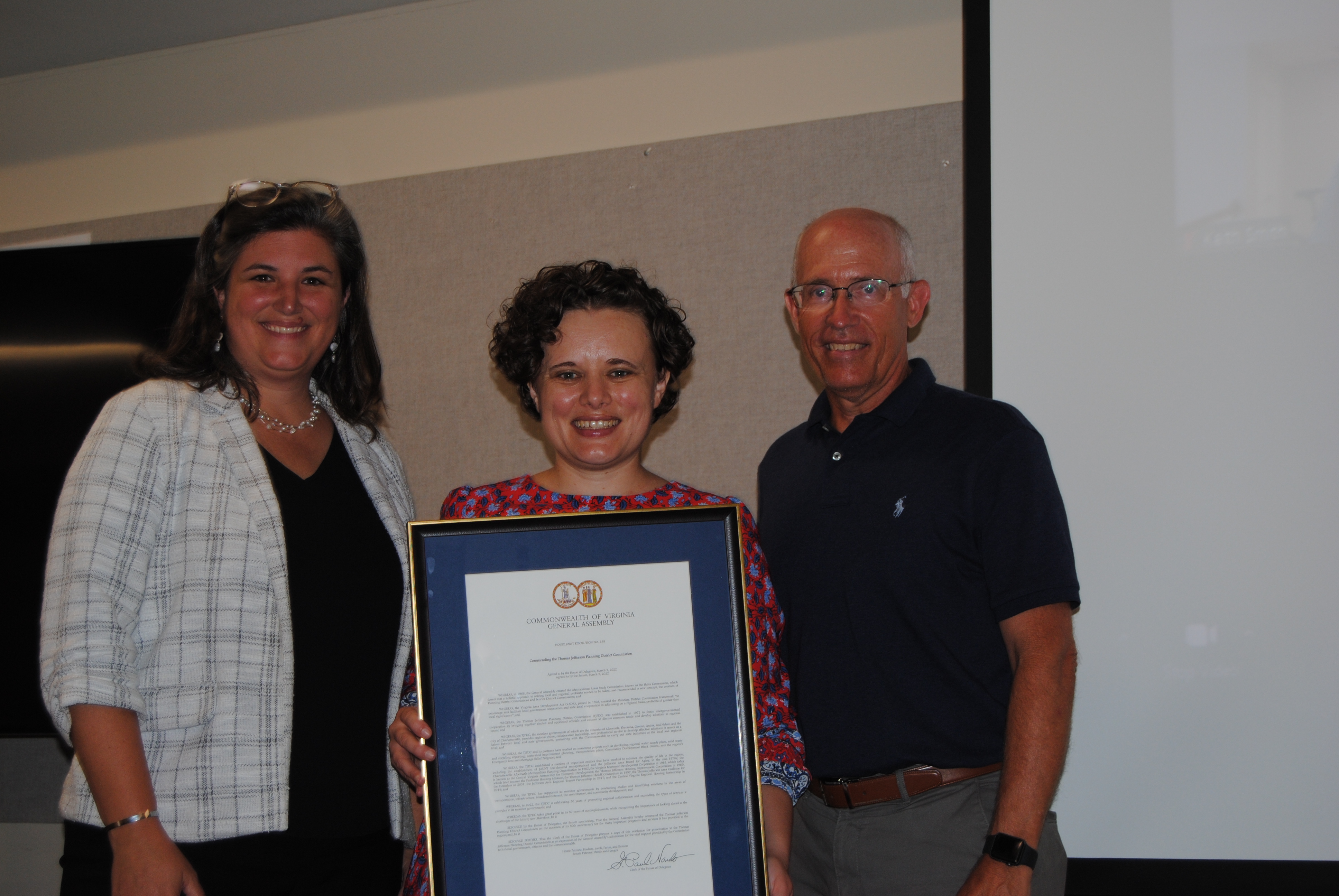 During the 2022 General Assembly session, Delegate Sally Hudson introduced HJR 339 commending the Thomas Jefferson Planning District Commission (TJPDC) on the occasion of its 50th anniversary this year. TJPDC was established in 1972, on the heels of Virginia’s adoption of the Virginia Area Development Act (VADA), which was approved and signed into law in 1968. This law created the planning district commission framework “to encourage and facilitate local government cooperation and state-local cooperation in VATI addressing on a regional basis, problems of greater than local significance.”

At the Commission’s August 4 meeting, Delegate Hudson was on hand to present the resolution and laud the work of the TJPDC over the years. HJR 339 had been formally adopted by the Virginia General Assembly in early March. The Commission is considering holding a celebratory event later this year to commemorate the anniversary.